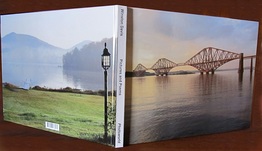 The sixty-five photographs in the book were taken over the last ten years, mainly in the UK and eastern areas of North America. These can be viewed in the 'All Pictures' section.

The thirty-nine poems were penned over a period of more than fifty years. Twenty-eight of them are serious and eleven are humorous.

Two poems were written in 1956 when I was seventeen and studying elocution with an erudite and inspirational teacher.

In 1971 in my early thirties I wrote three more poems. This was after the start of troubles in my native province in Ireland that affected me deeply.

I took up writing again after I had been to a poetry workshop in July 2012. The remainder of the poems in the photobook were penned in the following nine months.

The poem and the prose items in the 'Difficult Days' page were written after the photobook was completed.

*  My poems are also on the excellent free Wattpad website for readers and writers.
** The 'Lucky Dip' section also has the the text of all the poems.

Last update: 24th September 2016 (all the poems in the photobook, with readings, have now been added)